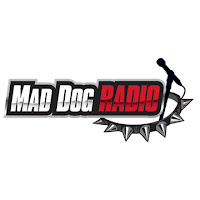 We make our debut on Mad Dog Radio on SiriusXM tommorow (Sunday).  If you have SiriusXM, you can listen to the show from 10a-1p CST on Channel 86.  If you don't have a satellite radio, go buy one.
Posted by Chris Vernon at 8:16 PM 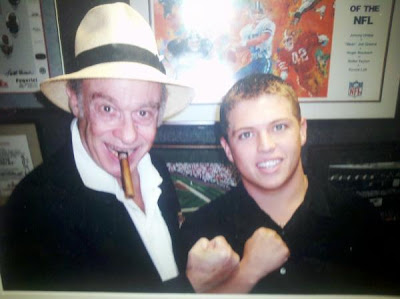 For at least the last 8 years our "Weekly Cigar with Bert Sugar" has been part of the show on Friday.  When I first started in radio I became friends with Bert and he agreed to be a weekly guest.  There are always people that help you along the way if you are able to achieve your goals - and Bert helped me more than he would have ever cared to admit.  I was so young when I was first put on the air and Bert validated me to an older audience.  He was a great friend, a great guest, and truly one of a kind.  I miss him already.

Here is one of the last appearances Bert made on the show where he describes his battle with cancer, etc.

Memphis is the wife that wasn't the best looking girl in the world (still pretty hot), but treated her husband like a king.  She let him do whatever he wanted, whenever he wanted, and then begged him to stay when he was about to leave her for a supermodel.  Not only did the husband leave her for the supermodel, but he tried to burn the house down after he walked out of the door.

Now what kind of reaction should the wife have had?

A) think of the good times, wish him the best, and feel sorry for herself

B) hope he gets hit by a train

There are a bunch of Memphis fans that have reacted in the first way.  These people make me want to puke.  These people have no dignity. The bolting husband is now having sex with the supermodel right in front of their face and they have to decide if they should root him on while he is doing it?  They should be rooting for him to get a disease.

Louisville is not even a real rival.  Most Memphis fans under the age of 40 don't walk around hating Louisville.  When they left for the Big East and Memphis stopped playing them, the rivalry died.  Not being in the same conference killed it.  Rooting for Louisville would only be hard for old fans and even they should be able to do it if it means total agony for Calipari.

Real Memphis fans will root for Louisville this weekend.
Posted by Chris Vernon at 9:11 PM

This was an eventful week on the segment.  Wallace talked extensively about signing Gilbert Arenas, and admitted first getting the idea from a blog.  Also, Demarcus called in with an all-timer.  If you missed it...


Podcast Powered By Podbean
Posted by Chris Vernon at 3:02 PM 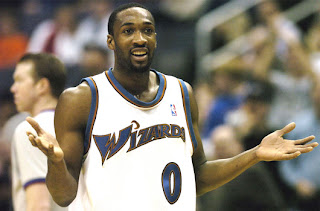 Quick story:  When Gilbert Arenas was a rookie in Golden St. I walked into the Warriors locker room to say hello to Jason Richardson (who I'd met at his workout for Grizzlies).  I was talking to Richardson when Arenas (who is sitting in locker right next to us) says, "Chris Vernon!"  He appeared to be genuinely excited to see me.  I said - "Hey Gilbert, how do you know who I am?"  He responded-  "I don't, I'm just reading your media pass."  The goof was on me, but I've liked the guy ever since.

If the Grizzlies sign Gilbert Arenas, I'm all for it.  When you hear me get upset over guys playing or the Grizzlies signing guys, it is because they can't play.  If Arenas can't play and yet is getting a bunch of minutes, that would be a reason to be upset.  My bet is that he can play.

A lot of people have asked if he could mess up the chemistry and my answer is that I'm not worried about that.  Lionel Hollins is an empowered coach.  He dealt with Allen Iverson and last year he dealt with Jason Williams being added to the team last year.  I simply do not believe that Hollins would allow something to screw the team up.

Arenas was once one of the most likeable guys in the entire league.  In between injuries and the horrible incident in the locker room in Washington his career really went downhill.  I don't think Arenas is bad guy and his teammates always seem to love him.  I'd love for him to get his career back on track in Memphis.  If he can't, Hollins will get rid of him.  If he can, the Grizzlies will have a veteran back-up PG that can stretch the floor, guard big guards, and can hit big shots.  I see very little risk with a possible fantastic reward.

Read this fantastic Arenas article from Feb by Sam Amick on SI.COM ---- ARENAS SPEAKS
Posted by Chris Vernon at 8:10 PM

This morning we wanted to check out the Ohio St. campus.  Me, Roser, and Jason Smith drove around the area and I was blown away with how nice the campus and surrounding area was.  We wanted to see the football stadium so we drove to where we could see it, but then decided to park and try to go inside.  We walked around until we found an open gate and strolled right in to check it out.  It was really cool to see it in person and the field looked perfect. 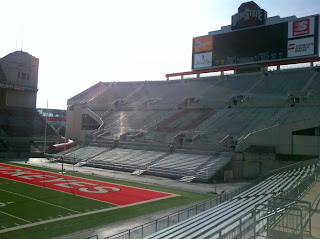 After we left the stadium we headed over to the HOMAGE store.  I have a ton of shirts that I've bought on their website and their retail store is located in Columbus, so we had to check it out.  As I expected, the store was awesome and Roser and Jason both bought shirts so they can be awesome like me.
We left the HOMAGE store and headed over to Katzinger's for lunch.  My buddy Ian Fitzsimmons used to work in Columbus (he is now at ESPN Dallas) swore to me that this was the place that we needed to eat lunch.  Ian knew was he was talking about because Katzinger's is the truth.  If you are ever in Columbus, go there for sure.
I got over to Nationwide Arena (which is a great facility) for the second half of the NC State/ San Diego St. game and it was strange because the place was packed but the majority of the fans seemed indifferent about who was winning.  It seemed like the crowd was local Ohio St. fans that just bought tickets to watch college bball.  NC State looked good in the game and CJ Leslie was an impressive athlete in person.
The second game was Georgetown/Belmont and I felt like the Bruins were in trouble when I saw the teams warming up.  I'm pretty sure every Hoya could dunk and Belmont had 4 or 5 guys that could hardly touch the net.  Belmont had a really good fan section which happened to be right behind me.  The section featured Belmont superfan Vince Gill... 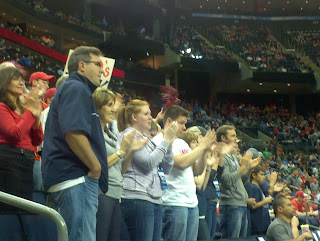 Vince Gill boos, yells at the opposing team, and gets on the refs.  He is a true fan indeed.  I've met him a few times and he is the nicest guy ever.  He is obviously a huge country star but you would never have any idea by the way he carries himself.
Belmont ended up getting hammered by G'Town and now we are waiting for the Memphis game...
﻿
﻿
Posted by Chris Vernon at 4:34 PM

Last night after the show Roser and I left Memphis to head to Columbus for the first round of the NCAA tournament.  We made it almost all the way to Louisville before we got tired and had to pull off and get a hotel.  We ending up stopping and getting a hotel in Elizabethtown, KY - where we saw nobody that looked remotely like Orlando Bloom.  When choosing our hotel we weighed the risk of getting murdered vs. price.  We thought the Motel 6 attached to a Shoney's had a ratio that favored murder so we picked the La Quinta (which was $80 with my AAA card and seemed like low chance of being murdered).
At the front desk the lady told me 3 times that if we smoked in the room there would be a $250 fine added to our charge.  She then handed me the keys to the room which had a warning on the little envelope that said if we smoked in the room there would be a $250 fine.  We got into the room and there were no less than 5 signs or warnings about smoking in the room.  It was incredibly weird.  Smoking in the rooms at La Qunta in Elizabethtown is a very serious issue that will be dealt with in a serious manner.

We drove to Columbus this morning and checked into the media hotel (which is the Hyatt Regency).  The hotel is super nice but there are a million high school kids here for some "future business leaders" conference.  I hate these nerds because we are on the 17th floor and it takes an hour when we want to get to and from the room.  The elevator stops on every floor and these nerds just keep piling in .  One of the nerds farted in the elevator and almost ruined my day.

Columbus is a really cool city from what I've seen so far.  The arena is nice, everything is centrally located downtown, and they have a bunch of cool bars and restaurants.  We went the Josh Pastner press conference and he charmed every media member in the place.  When you see media members that have never seen him in action before you remember how different he is (in terms of how happy and nice he is to everyone).  The team looked really loose but who knows what that means.  I guess we will know after we see them play.  I think they will beat St. Louis because their athletes will be able to swarm defensively and turn it into easy buckets on other end.
Posted by Chris Vernon at 6:40 PM

Earl "The Pearl" Monroe in studio (The Audio) 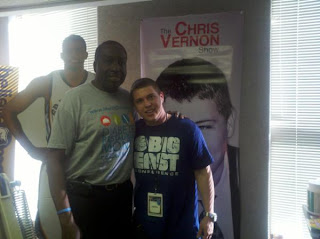 Earl Monroe is the coolest dude ever.  Earl Monroe loves talking, smiling, laughing, and watching "Charmed" on TV.  He spent almost a full hour in studio with us to talk about his new cause, his playing career, etc.  Here it is if you missed it...


Podcast Powered By Podbean
Posted by Chris Vernon at 5:30 PM

Think I need to blog again